Halifax (25 Aug. 2015) — Members of the Nova Scotia Government and General Employees' Union (NSGEU/NUPGE) who work for the Dalhousie Staff Association have voted 96 per cent in favour of accepting the tentative agreement.
Collective bargaining achieves improvements to contract
Highlights of the renewed collective agreement include a wage increase of 2 per cent retroactive to July 1, 2014, 1.75 per cent on July 1, 2015, and 1.5 per cent on July 1, 2016.
The agreement is for a three year term from July 1, 2014 to June 30, 2017.
Dalhousie operational support workers ratify agreement
On August 14, NSGEU/NUPGE members who work in the operational support division at Dalhousie ratified their collective agreement.
Once the Dalhousie Board of Governors has voted to ratify the new collective agreements, they will be in force and circulated to all members in both bargaining units.
NUPGE
The National Union of Public and General Employees (NUPGE) is one of Canada's largest labour organizations with over 360,000 members. Our mission is to improve the lives of working families and to build a stronger Canada by ensuring our common wealth is used for the common good. NUPGE
Filed in:

NUPGE members from across the country meet to develop and enhance strategic thinking and planning skills and to learn more about handling organizational change effectively.
Keene, ON (24 Aug. 2015) —  Component activists from the National Union of Public and General Employees' (NUPGE), along with NUPGE's sister unions in the U.S., Australia and Britain, have gathered for NUPGE’s Leadership Development School. The school, that has taken place for the last 17 years, is designed to develop dynamic leadership within the Components of the National Union.
Opening the school, NUPGE Secretary-Treasurer Larry Brown emphasized how the participation of every member was key to the success of the school. “People will go away from here poorer if they don’t hear from you.”
School prepares future leaders for challenges they will face
Dr. Elaine Bernard, executive director of the Harvard University Trade Union Program, who has taught at every School, is leading a series of sessions on leadership strategic planning and organizational change. These sessions focus on the importance of developing a broader layer of leadership throughout the labour movement and in the community.

Larry Brown, NUPGE Secretary-Treasurer
Elaine Bernard, Harvard University Trade Union Program
What’s at stake in the upcoming federal election
As part of the Leadership School, NUPGE invites guest speakers to address the members on a wide variety of important subjects.
This year, investigative journalist and author of the recent best seller Party of One, Michael Harris spoke about what was at stake in the coming federal election. He outlined how time after time those who have raised concerns about the actions of the Harper government have been attacked, fired or marginalized.
Harris mentioned a number of examples:

Harris also pointed out just how flawed are the anti-union Bill C-377 and the methods used to get it passed. He noted that, “If it (Bill C-377) does stand, a perfectly legal group in the country will be presented as outlaws.”
Harris had a clear message for anyone feeling repulsed by politics after seeing what Harper has been doing. “If you don’t take an interest in politics, politics will take an interest in you.”

Ontario government using bafflegab to try to disguise the privatization of Hydro One.

Ottawa (24 Aug. 2015) — The Ontario government may be selling off most of Hydro One, but you wouldn’t know it if you listened to Ontario premier Kathleen Wynne. Instead of admitting her government was privatizing Hydro One, she described the sale of most of the service as “broadening the ownership.”
“When politicians are afraid to even use the word privatization, you know it’s bad news,” said James Clancy, National President of the National Union of Public and General Employees (NUPGE).
Latest attempt by Liberal government to hide privatization schemes
This is the latest in a series of attempts by the Ontario government to avoid admitting it is privatizing essential public services. Last year, the government referred to the sale of Hydro One as asset recycling. Before that it came up with a new name for P3 privatization schemes and pretended they weren’t really privatization.
“If the Liberal government believes privatization is good public policy, they should have the courage to admit it,” said Clancy. “The fact they’re attempting to mislead the public and hide the truth, suggests they know what they’re doing is bad for Ontario.”
Privatization problems for Alberta and Nova Scotia r esidents
One of many reasons why Ontario Liberals don’t want to admit it they are privatizing Hydro is because there have been many problems in provinces where electricity service has been privatized.
Nova Scotia Power was privatized in 1992. Since then rates have risen to become the highest in the country.
In Alberta, the lack of transparency and accountability that comes with privatization meant a private power company was able to manipulate electricity prices. The Alberta Utilities Commission recently found that TransAlta had artificially inflated prices by as much as 60 per cent by shutting down some of its power plants at peak times.
More information:
Vote for the privatization scheme of the year - What a Scam
NUPGE
The National Union of Public and General Employees (NUPGE) is one of Canada's largest labour organizations with over 360,000 members. Our mission is to improve the lives of working families and to build a stronger Canada by ensuring our common wealth is used for the common good. NUPGE
Filed in:

Nova Scotia's Finance Minister suggested a very heavy-handed approach to negotiations during a meeting with the province's public sector unions.

Halifax (21 Aug. 2015) — Nova Scotia’s Finance Minister, Randy Delorey, took a hard line during a September 18 meeting with the province's public sector unions. Delorey met with the union leaders to deliver the province’s demands for collective bargaining as it starts the process of negotiations with Nova Scotia’s teacher, nurse and public service unions.
Joan Jessome, President of the Nova Scotia Government and General Employees Union (NSGEU/NUPGE) spoke with the media after the meeting and her interview can be seen above.
Unfair bargaining?
The unions, representing more than 50,000 government and broader public sector employees, reported after the meeting that the province wants all future collective agreements to be at least five years in length and that there is no new money to invest in their workforce.
Delorey, the unions report, stated that any wage increases won will come out of other compensation costs set out in the collective agreement.
Threat of legislation?
There was also some indication that if an agreement wasn’t reached, legislation imposing a deal will be introduced.
Last year the provinces health care unions were engaged in a lengthy dispute with the government over essential services legislation and an attempt to force mergers.
NUPGE
The National Union of Public and General Employees (NUPGE) is one of Canada's largest labour organizations with over 360,000 members. Our mission is to improve the lives of working families and to build a stronger Canada by ensuring our common wealth is used for the common good. NUPGE
Filed in:

HSABC is holding a solutions-oriented Summit on Violence in the Workplace for its RPN members as a way to address the growing problem of violence in health care settings.

Instead of making the transition of lab services in Medicine Hat smooth and professional, Alberta Health Services has chosen to ask "already stressed and busy workers to jump through hoops — and then apply for the jobs they already do", says Mike Parker, HSAA.

After years of warning the Saskatchewan government about problems in its correctional facilities, SGEU is surprised the Minister is still claiming she is unaware of any concerns.

“I am glad that young women like me and other women are protected and represented by unions.”
Ottawa (18 Aug. 2015) — The two young women who are the most recent winners of NUPGE’s Why Unions Matter contest are painfully aware that, in life, the cards are stacked against them.
For Madison Hill, an 18-year-old from the Six Nations Reserve in southern Ontario, systemic discrimination can come in a variety of flavours: age, gender, ethnicity. But as she points out in her prize-winning poem, Why Unions Matter to Me, unions help people stand together against all those systemic injustices.
'I choose Union'
“I choose Union,” writes Hill, who works at Selkirk Provincial Park and is a member of OPSEU/NUPGE. “Where / I have equal opportunity / I have a summer job to return to. / I am treated fairly / I am safe in the workplace.”
It’s a similar situation for Raegan Zdunick, who is about to start her first year in the Agriculture and Bioresources program at the University of Saskatchewan. Like all women, Raegan faces stubbornly systemic sexism at almost every turn: women continue to be paid less, receive fewer benefits, and get fewer promotions.
Unions help all women protect themselves
But like Hill, Zdunick understands that, thanks to unions, the situation is improving and will continue to improve until true equality is achieved. “As I enter into my university career and pursue a professional career,” she writes in her essay Unions and Women, “I am glad that young women like me and other women are protected and represented by unions.”
Congratulations to both Hill and Zdunick. The Why Unions Matter contest is still accepting entries for further monthly prizes. Please email your entry to whyunionsmatter@nupge.ca.
More information:
Why Unions Matter contest
NUPGE
The National Union of Public and General Employees (NUPGE) is one of Canada's largest labour organizations with over 360,000 members. Our mission is to improve the lives of working families and to build a stronger Canada by ensuring our common wealth is used for the common good. NUPGE
NUPGE Components: 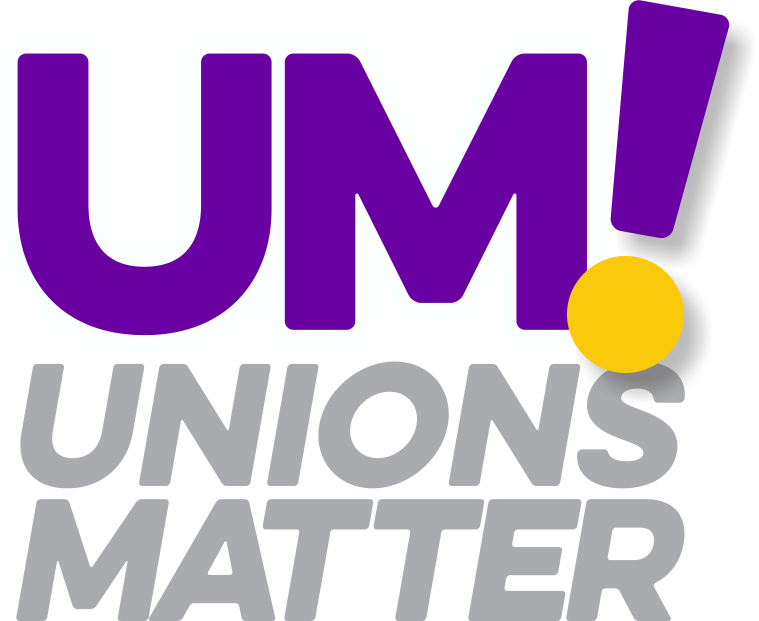 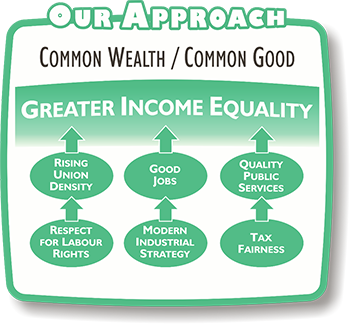